and Mount Vesuvius blasted away Pompeii.

affirming a seismic, urgent shift in us all.

Vulcan, god of volcanoes roars, and

seething blood will boil for days and nights on end.

will soon be ripped to shreds in the streets,

halls of power, and hideouts of tyrants.

and icons as Gandhi, King, Mandela, forging ahead.

multitudes, continents, and worlds of rage most certainly will.

The truth will out,

the Elders cry, raising the soul of the land, 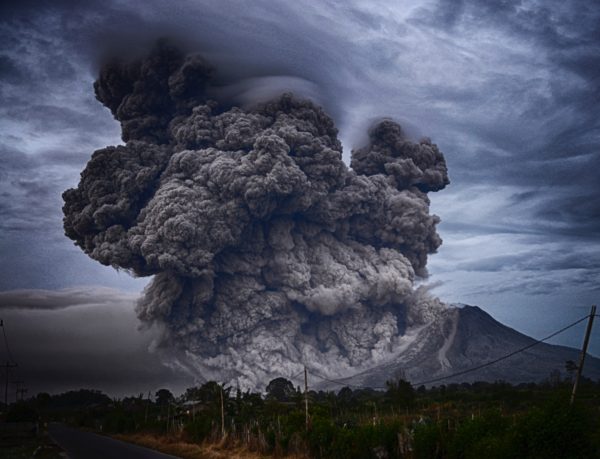 I started writing “Volcanoes” in 2017, after a hiatus of seven years of writing few new poems. During that time, friends and acquaintances sometimes would ask me, Have you written any new poems? And I’d say, No. Then they would look at me, aghast. I could almost hear them thinking, You’re a poet, you should be writing every day. Well, I have to say that not writing didn’t bother me at all. Actually, I was feeling relieved of not having to get up in the middle of the night again and again with the Muse ordering me to write some new lines on the nearest piece of paper I could find. She didn’t care if I lost any sleep, hehehe. But somehow, yes, I got back to the drawing board. And quite an explosion it was! I had read about the spectacular Krakatoa eruption of 1883 in the Indonesian archipelago. The explosion was heard 3,000 miles away. It’s been one of the most famous volcanic eruptions ever known, with the Vesuvius one destroying Pompeii and Herculaneum as a distinct second.

Photo by Yosh Ginsu on Unsplash