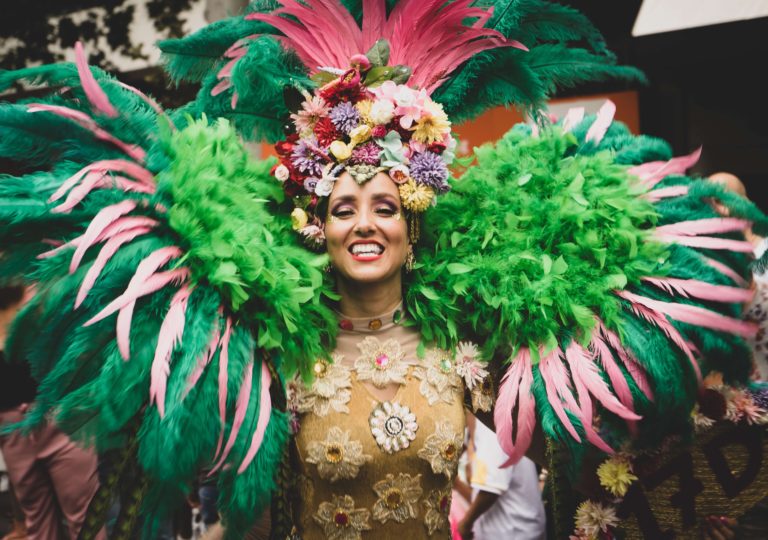 Photo by Ugur Arpaci on Unsplash

Row after row of color, costumes, glitter galore-
Wave after wave of thundering feet and droning, deafening voices-
Billow on billow of prancing, advancing masses of dancers-
We’re dancing the samba, the samba, the samba in
Rio-Rio de Janeiro, Brazil.
We shake our shoulders, bottoms, and bellies to the beat…
Of the bongos,

Hours and hours of dancing, singing, laughing and fun-
Day after day of cheer in the fiery heat of roasting Rio-
Night after night of feverish lust and great, fantastic vices-
We know no worries whenever we dance in the streets of
Rio-Rio de Janeiro, Brazil.
We twist and turn and stamp, and thus we succumb…
To the rhythm,

Beat after beat of raging blood and rising desire-
Song after song of attraction and lure of the sexes-
Dance after dance of reveling, heaving oceans of bodies-
We’re dancing the samba, the samba, the samba in
Rio-Rio de Janeiro, Brazil.
We gasp and groan like all our ancestors did…
In the Congo,

Wave after wave of hot, tremendous, African forces-
Billow on billow of burning, baking, boiling catharsis-
We’re back in the Congo-the Congo-the Congo-and
Not in Rio de Janeiro, Brazil.
We join our fathers and mothers, and shake and mate to the beat…
Deep in the womb
of the rhythm,

First published in This Enduring Gift, 2010

Read this in-depth article describing how the author creates his poetry: “Wild Words: Freddy Fonseca: “One Poem is Worth a Thousand Pictures for Freddy Niagara Fonseca“, by Christine Schrum, editor for The Iowa Source, https://christineschrum.com/contact/published on August 5th, 2008 in the The Iowa Source.